The tsunami sirens went off again at 11:45 a.m. Monday. The regular monthly test likely was more a source of comfort than an irritant to many on the Big Island.

Just two days earlier, the sirens blasted for a very different reason – a tsunami was coming, hammering across the Pacific Ocean at something like 500 mph following the 8.8M earthquake off Chile.

Scientists from the Pacific Tsunami Warning Center in Honolulu monitored their instruments and fed regular updates to authorities in Hawaii and dozens of countries around the Pacific Rim.

What arrived in Hawaii – and on many other shorelines – was not nearly as destructive as scientists warned it could be. Hilo Bay emptied and filled a handful of times, Maui reportedly had a surge of 3-5 feet and some piers were flooded in Japan. 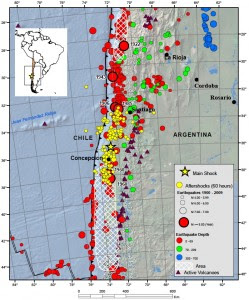 By Monday, some residents were left wondering if the scientists, county and state might have over-reacted. Hawaii County officials however said they would make the same decisions again.

“We had every indication right from 9:30 p.m. Friday, right after the earthquake, that this could be serious,” Mayor Billy Kenoi said Monday morning. “With every report, there was no indication of a lessening impact.”

Kenoi signed an emergency declaration at 12:30 a.m. Saturday, as soon as the tsunami watch was issued for Hawaii.

“There are plenty of people and countries that wish they had scientists like we have, wish they had hours of warning. I make no apologies for committing every resource,” Kenoi said. “The county’s core service is public safety. Every dollar spent was a dollar well spent.”

Kenoi said the total county tab has not yet been determined, although he called for all county department chiefs to meet at 5:30 p.m. Monday for a debriefing.

In addition to discussing what worked, Kenoi said they will address what can be improved upon and run through what-if senarios.

“I’ve told my guys not to break their arms patting themselves on the back. We should use these lessons learned to improve and get better for next time,” he said.

“Nobody should be under any illusion that things will always turn out so well,” he said. “We were once again spared any devastation.”

Kenoi said he was very proud of how the county staff and crews reacted, and was pleased that residents and visitors took the warning seriously and made smart decisions to stay safe.

County Parks and Recreation director Bob Fitzgerald is a former football coach and still speaks like one.

“We had it game-planned from 8:45 p.m., but it’s not easy to call plays when you don’t know what’s coming,” he said. “We were ready for crunch time, but we never got called on it.”

Fitzgerald said the mayor has repeatedly drilled into his cabinet that they should be prepared for natural disasters and be ready to respond.

“As far as being prepared, it was a great response,” he said. “People felt very secure.”

Fitzgerald said his top topic going into Monday’s debriefing would be communications and ensuring there are multiple options for Hilo headquarters to stay in contact with each of the island’s districts.

Also on the agenda will be the county’s tsunami warning sirens. A handful of the sirens, which dot the shoreline areas around the island, did not go off Saturday morning.

At any given time, some sirens will need maintenance and repairs. That is why they are tested every month.

The county’s goal is to have every siren sound every time.

Keeping visitors informed and safe was the No. 1 priority, he said, and he was pleased with how county officials and hotel and resort staff handled people who might not be as prepared as residents.

Applegate said, he does not believe Saturday’s tsunami scare will have any long-term impact on the visitor industry.

Potential visitors watching the television coverage around the world will see that Hawaii is capable of protecting people and responding professionally and quickly to threats.

Visitors who experienced it are taking home a great vacation story, Applegate said, and will be sharing their adventure with family, friends and colleagues.

That their stories have a happy ending, Applegate said, is the the most important thing.

We will redirect to paypal for complete payment in 15s,if not please click here